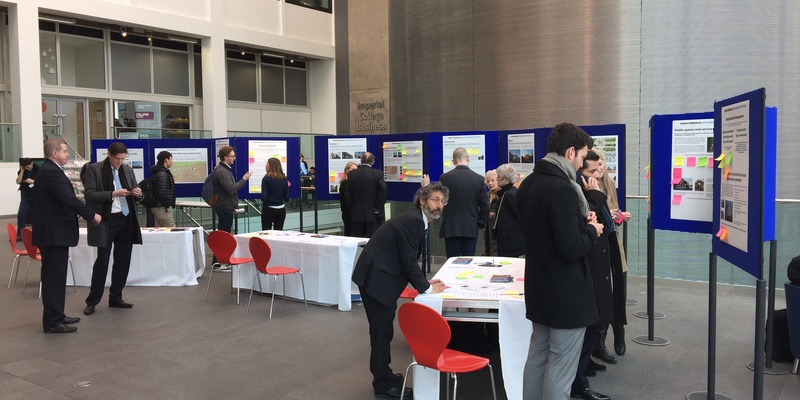 Where this guidance includes matters that relate to planning applications rather than procedural matters, they will be treated as material considerations.  Unlike the Neighbourhood Plan however they do not have development plan status.

1.1  The local community should be involved in shaping the Knightsbridge Neighbourhood Area (the Area, KNA or Neighbourhood Area) throughout the plan period and beyond.  The benefits of genuine public participation are widely recognised.  Effective community engagement in the planning process produces significant benefits.  Local knowledge can be harnessed to improve the design and functionality of development and reduce the adverse impacts of the development.  Involving all interested parties in meaningful consultation at an early stage in the decision-making process can also prevent or mitigate conflicts with the local affected community.  In essence, it leads to better decisions and a better environment.

1.2  In particular, the Knightsbridge Neighbourhood Forum (the Forum, KNF or Neighbourhood Forum) wants to ensure that there is active discussion and effective engagement with the public in relation to the development or use of land so that the best solutions are found to the challenges that face and will face the Area.  This approach is consistent with the Ministerial Foreword to the NPPF which explicitly has the aspiration of “allowing people and communities back into planning”.  The Knightsbridge Neighbourhood Plan (the KNP, Neighbourhood Plan or Plan) therefore provides for a new and effective model of public participation grounded in the principles of the Aarhus Convention which has been ratified by the UK and which provides for: (a) Access to information; (b) Public participation; and (c) Access to justice.

1.3  All development which requires approval by Westminster City Council (WCC) or planning permission is encouraged to comply with the Neighbourhood Forum's 'Best practice guidance on community engagement' when bringing forward projects, plans, or policies which may affect the environment in Knightsbridge.

2.1  Proper consultation requires information.  Members of the public should be given sufficient information in plain English to enable them to understand the proposals and engage properly and meaningfully in the decision-making processes at all stages.  Therefore, for all decisions affecting the environment, members of the public should be given early access to a wide range of information to enable them to understand plans, programmes, projects and policies that are brought forward in the neighbourhood that relate to and impact on the environment. This means:

2.2  Developers should provide the community with information about proposed projects during any pre-submission consultation period.  This should include the Knightsbridge Association (KA) and the owners and occupiers of at least the nearest 25 properties.

2.3  Any information provided by developers as part of any development should be in a format which is easily understandable and any technical information must be explained in plain English.  It should be provided in paper and/or electronic form as requested by the community.

2.4  Developers should seek to be as transparent as possible about material information concerning their development.  In particular, developers are encouraged to disclose documents such as viability or affordable housing assessments.

2.5  Developers should, on an ongoing basis, monitor the impacts (adverse or positive) that the development has on the environment and human health and disclose the results of such monitoring.  In particular, all new development or major refurbishment is encouraged to undertake an independent post-completion assessment to determine the ‘real world’ impacts on air, land, water, biota and human health.

2.6  WCC is encouraged to make as much information about the neighbourhood’s environment freely accessible to the community as necessary to build an understanding of the Knightsbridge environment amongst its community.

2.7  Any information concerning the environment provided by WCC to the community should be in a format which is easily understandable and with any technical information explained in plain English.

2.8  WCC is encouraged to disseminate on a regular basis as much information about the neighbourhood and its environment as practicable to the Knightsbridge community either directly in writing or through events which are publicly advertised.

2.10  WCC is encouraged, where there is evidential uncertainty as to the impacts of any proposed project, plan or policy on the environment or human health, to adopt the precautionary principle in its decision-making process.

2.11  WCC is encouraged to report annually to the community on the amount, form and use of planning obligations or Community Infrastructure Levy contributions from development within the Neighbourhood Area.  Any such report should include separate details of the amount and use of the ‘neighbourhood’ portion of any Community Infrastructure Levy contributions.

2.13  The Knightsbridge Association (KA) is the general representative organisation of the community having been established in 1961.  References to the KA in this document include any successor organisations or similar organisation recognised formally by WCC as an amenity society in the Neighbourhood Area.

2.14  The roles of the Forum and the KA are complementary and they should seek to avoid duplication of effort.

2.15  The KA may wish to assist WCC in facilitating the dissemination of information amongst the community.

2.17  For the avoidance for doubt, the rights to information, public participation and access to justice set out in this protocol are to be enjoyed by the whole community and not limited to the KA or Forum.

3.1  Members of the public should be able to participate in all stages of the decision-making processes which affect their environment.  Members of the public should therefore be consulted on plans, projects and policies at the earliest possible stage.  Early consultation is key to ensuring that any plans, projects or policies which may affect the community are beneficial.

3.2  Public consultation is not just a box to be ticked.  Meaningful and lawful consultation entails conscientiously taking into account the fruits of the consultation in the decision making process.

3.3  Developers should commit to true consultation so that comments received from members of the public are properly considered.  This should include considering abandoning a plan or proposal which is strongly opposed with clear justification.

3.4  Developers should invite the local community and relevant organisations, including but not limited to the KA, to engage in early consultation.  This should be done at least once before the submission of any application for planning permission and at least once during any public consultation period.

3.5  Developers should consider whether to invite the local community or relevant organisations, including but not limited to the KA, to bring the development forward as a community led partnership.

3.6  Developers should continue to engage in consultation with the local community throughout the decision-making process, during the implementation of any development consent and after the development has been completed.

3.7  Developers should submit a Statement of Community Engagement (Statement) to confirm in a legally binding document that they have and will continue to comply fully with the 'Best practice guidance on community engagement'.  This Statement should include all relevant information concerning how they have engaged with the community and how they will continue to facilitate informed and effective community engagement.  The Statement should also include, but not be limited to:

(a) an explanation of how members of the public in the immediate locality and in the wider Neighbourhood Area have been consulted in a timely and meaningful fashion.

(b) a description of the means used to involve and engage with the KA and local people.  Specifically, this should explain how provision was made for comments to be put forward in different ways; for example, a variety of publicity platforms and the opportunity to provide web-based comments as well as attending events in person.

(c) a record of the views expressed by local people and the KA.

(d) an explanation of how the proposals being submitted following this consultation have addressed the views of and any issues or concerns raised by local people and the KA.

(e) a description of how members of the public will continue to be consulted during the implementation and after completion of the development.

3.8  WCC is encouraged to facilitate active public participation in the decision-making process by ensuring that the process is fully transparent and accessible to all.  In particular, WCC is encouraged to invite the KA and other relevant groups to participate in any meetings held with the developer and be copied in to all significant correspondence.

3.9  WCC is encouraged to hold regular meetings to canvas the opinions of the local affected community on development proposals affecting the Neighbourhood Area.

3.10  Any directly interested person should be given the opportunity to make representations at any hearing to determine the outcome of a planning application affecting the Neighbourhood Area.

3.11  The Forum wishes to work with WCC, the KA and other relevant stakeholders in order to create new governance coalitions.  In particular, the Forum will seek to develop new approaches to community engagement that ensure all levels of government engage with businesses, cultural and educational institutions and citizens on matters that impact on the Neighbourhood Area.

4.1  WCC is encouraged to recognise the right of the members of the public to ‘access to justice’, which is not prohibitively expensive, where there has been a breach of their right to participate in decision making.

The Neighbourhood Plan's 'Appendix A: Glossary' and 'Appendix B: Transforming our world: the 2030 Agenda for Sustainable Development' include further information.